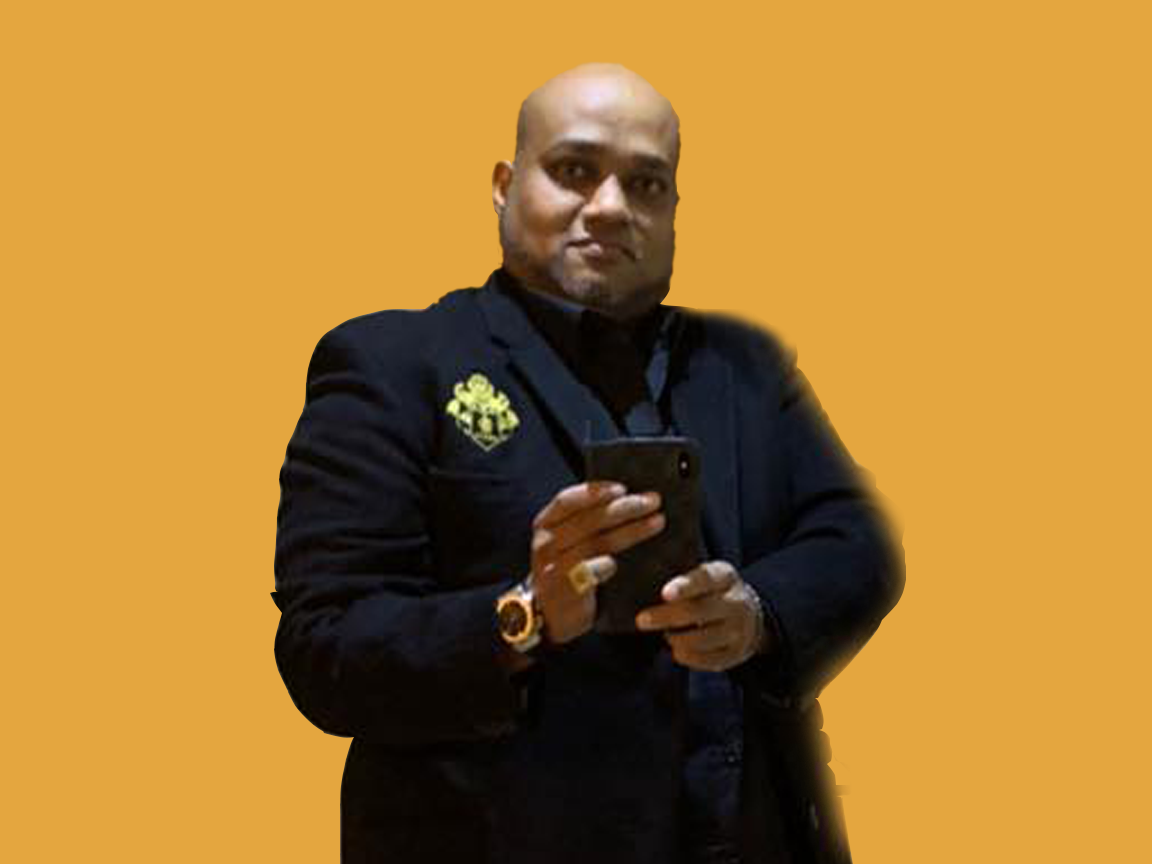 Calvin Pillay is a grand man of clear intention and credible transparency. However, he comes from humble beginnings of which he remains acutely aware to this day. Growing up in KZN with three brothers, Pillay was taught from a very young age to maintain a well-put-together physical appearance and a strong state of mind. An approachable man with a devout love for his family, Pillay has worked his way literally from the ground up. Matriculating from Isipingo Secondary School, he elected not to study any further in a tertiary institution, but rather enter into the workplace directly.

He started working in a shoe factory straight after school where, due to his extremely dedicated work ethic, the business quickly expanded with recorded sales figures. He soon moved to a company called The Digicore Group where, under the operation of CTrack, he was given a host of responsibility fitting vehicle interiors and fixing radios. Three taxi trips from his home to his place of work and three back, traveling became something Pillay became used to. After passing a technical test with 96 percent, higher than that of the General Manager, he very quickly became popular among the management of The Digicore Group and Kenwood South Africa. As a result, he was given a project to run in Richards Bay, working the majority of KwaZuluNatal singlehandedly. After a merger with a lesser-known company, Calvin Pillay felt the need to move on and advance his career.

After moving to Johannesburg in 2002, Calvin Pillay started working for South African Airways, working from 3 am to 11 pm packing catering onto flights. However, once again, Calvin Pillay was identified very early on as a dedicated worker and received a string of promotions until Sky Chefs offered him a role as an assistant manager for imports and exports. Shortly thereafter, Calvin Pillay was headhunted by John Bredenkamp, one of the top 30 richest men in the United Kingdom, to work under him and a customs and excise specialist in the tobacco industry in 2006. Moving up the ranks, he was transferred to the corporate head office in Sandton shortly thereafter where his true understanding of business and management on a large scale began to take shape.

After gaining the relevant experience, Calvin Pillay made the decision to move into the realm of an entrepreneur, and made plans to build and open his own tobacco factory called Folha Manufacturers. He knew he needed the assistance of his family who he trusts and called on his brothers to fill certain key roles in the business. Setting himself milestones against which to gauge his (and the business’s success), Calvin Pillay set about growing his business through the empowerment of people as his most valuable resource. After realizing he could not grow the business by remaining a small entity, Calvin Pillay appointed people with the relevant skillsets to adequately perform specialized functions.

Showing gratitude to those around him for the assistance, guidance, and skills, Calvin Pillay will often pay tribute to people who have influenced his life in some way. He recalls a Mathematics schoolteacher who taught him the fundamentals of numbers and how he called him one day to thank him for everything he had done. Moreover, Calvin Pillay feels that enabling people’s success under his employ is one of his biggest goals. He foresees milestones and development with every single one of his employees, from cleaner to accountant, and ensures it is followed through. Everyone employed under Calvin Pillay forms part of his greater family, not just as a favor, but to grow and develop their skill sets in a way that will be beneficial to them and encourage staff retention over the long term.

A warm man with a sense of humor, he believes in a disciplined environment where employees are rewarded for their hard work and dedication. On the success of his business, Calvin Pillay says: “You know when you are growing is when you as an owner are not involved in day-to-day process. They occur without my intervention or approval. It is a hard concept to grasp, as letting go of the control is intimidating but necessary for a company to evolve.”

A man with a business mind as big as his heart, he is fanatical about family and friends, and uplifting people by providing opportunities for them to build their own futures.

Outside his offices stands a Colt Galant, an exact replica of his beloved father’s first vehicle he owned. Recalling his father’s pride in this car, Calvin Pillay exclaims: “This vehicle will remain here for as long as my businesses exist. It is a reminder of what I am working for and a reminder of the people who got me here.”